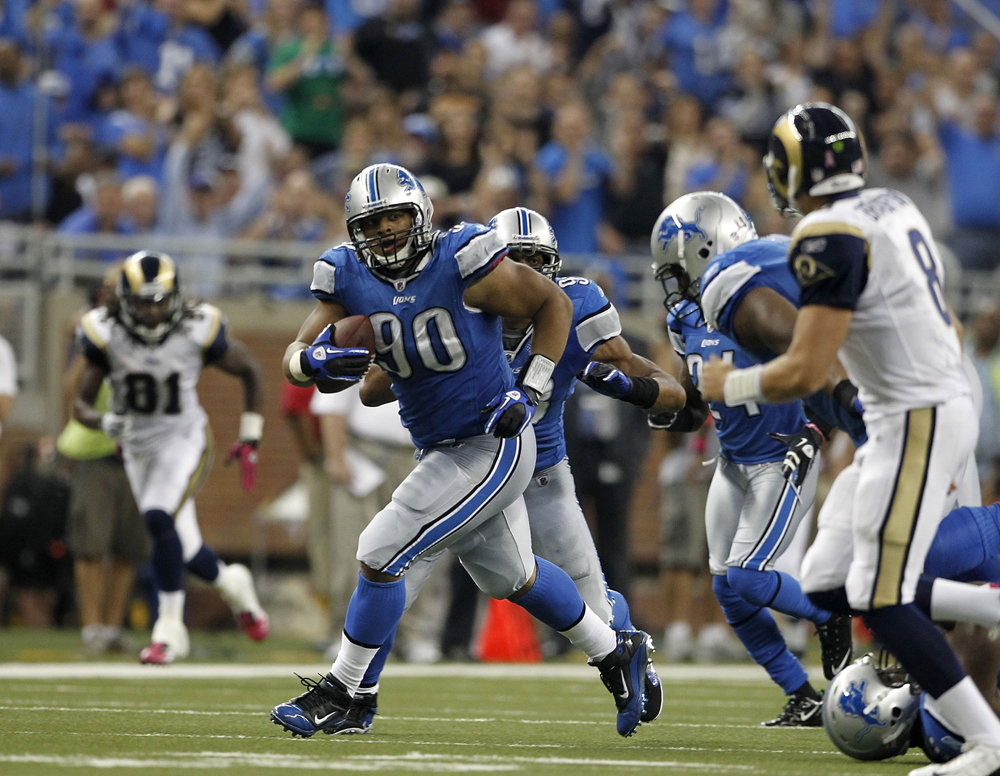 DETROIT – OCTOBER 10: Ndamukong Suh #90 of the Detroit Lions intercepts the ball and runs it back during the fourth quarter of the game against the St. Louis Rams at Ford Field on October 10, 2010 in Detroit, Michigan. The Lions defeated the Rams 44-6. (Photo by Leon Halip/Getty Images) *** Local Caption *** Ndamukong Suh